Well kids, I survived my first Philadelphia Flyers game.   I attended a division rivalry matinee against the NY Islanders on March 23, 2019.  Unfortunately for Flyers fans, the match up ended in a 4-2 Islanders victory. 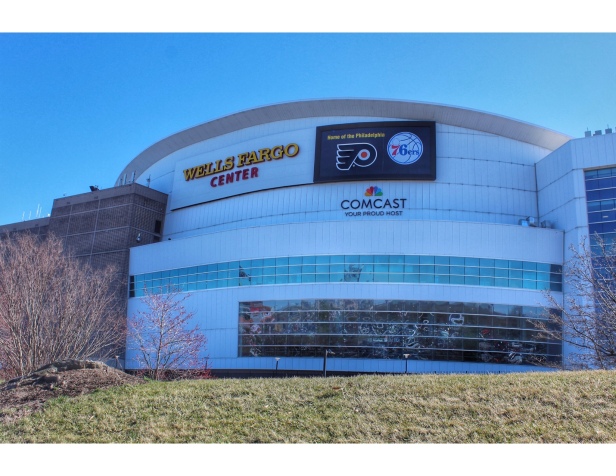 The arena is pretty easy to get to and shares a massive parking lot with Citizens Bank Park and Lincoln Financial Field.  Philadelphia is the only city where all four major sports play in the same complex.  I parked near Xfinity Live, which is described as “a dining and entertainment complex”. I didn’t explore the building, but can tell you that fans were filtering in and out before and after the game.

I entered Wells Fargo Center and walked right into the Cure Insurance Club, which opens two hours before the game. A bustling bar filled with hockey fans and live music greeted me once I walked past security.  After seeing so many people sporting the orange jersey I have to agree with my girl Elle Woods that whoever said orange was the new pink was seriously disturbed.

Security allows fans to head down to the glass for pregame warm ups.  Once I grabbed a good viewing spot I soaked in my surroundings.  The arena opened in 1996, and while its not new it is well maintained.  The ceilings are covered with banners for the 76ers and Flyers with the jumbotron dividing the teams.  The music that echoed around the arena during warm ups was probably my favorite part of the experience.  Anytime I can combine hockey and The Fresh Prince of Bel Air theme song I’m all about it! I caught myself dancing around to remixes of my favorite rock songs as well.

The concourses are filled with a variety of food and drink selections that include gluten free options. I am going to tell you the only two options that need to be on your radar are Shake Shack and Chick-Fil-A… yes you read that last sentence correctly there is a Chick-Fil-A within the arena!

The Flyers Organization did a great job with their opening.  They play a rock version of Phil Collins “In the Air Tonight” which is awesome, and like most arenas in 2019 they show video projections on the ice. You can tell fans are invested in their team and I would say it was close to a sold out crowd.  The Flyers got in trouble early in the opening minutes of the game and 2 players ended up in the penalty box (one serving a four minute double minor).  Fans really gave it to the refs with a barrage of boos and heckling chants.

After taking those early penalties the Flyers couldn’t find their rhythm.  From my viewpoint most players looked like they were skating through quick sand and their passing was off the mark.  I couldn’t tell if the Islanders play was that dominant or if the Flyers were that discombobulated.  I can say that Carter Hart shows a ton of potential and for that reason alone Philadelphia fans have a reason to be excited for the future of the organization.

Now let’s chat about the Flyers infamous mascot…. Gritty.  I’ve said multiple times I don’t like Gritty (his eyes really freak me out) but I can appreciate all the publicity the NHL received because of the orange mascot.  You cannot escape him once you step into the arena.  He is constantly shown on the Jumbotron or makes an appearance on the ice during intermission.  Fans can be seen wearing Gritty on their apparel and wearing glasses that mimic his crazy eyes.  If you or your child fear Gritty this may not be the arena for you simply because he is unavoidable.

My biggest fear going to Philadelphia was interacting with the fans.  As a Devils fan, I heard horror stories about visiting fans going to Wells Fargo Center.  I was really lucky and sat next to the sweetest Flyers fan (shout out to Kelly and her husband). She was incredibly friendly and made my experience even more enjoyable.  I for one can tell you not all Flyers fans are viscous even though they have a bad reputation throughout the league.

Overall, I was pleasantly surprised with how much I enjoyed my first Flyers game.  When we were exiting Wells Fargo I saw the Philadelphia skyline in the distance, which was a nice touch while walking to the car.  If you trek out to Philly make sure to check out Xfinity Live and don’t miss Philadelphia’s pregame warm up because who doesn’t want to rap in West Philadelphia born and raised…at a hockey game…in Philadelphia. 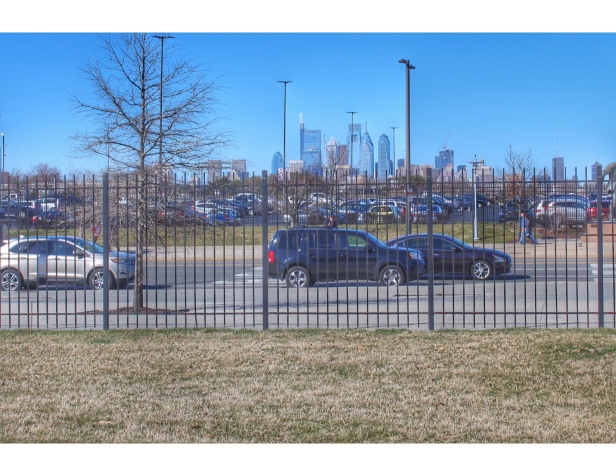 For videos and more photos of my experience at Wells Fargo Center check out my instagram  -> @skatinginstilettos.

About the Author: admin