Hockey can be a complicated sport to learn.  Trust me, when I was first learning the game I spent hours online learning as much as I possibly could.  I decided a good post would be one that breaks down the hockey basics so if you’re attached to a significant other who is dragging you to games (like my boyfriend) or simply want to learn something new…I have you covered with the below cheat sheet 😊

Basics of the Rink

Blue Line: There are two blue lines that divide the ice into three areas ->   the defensive zone, neutral zone and offensive zone.

Crease: The “goal crease” is the area of ice in front of the net.  It can be identified by blue paint.

Face-off Circle: Where two players (one from each team) meet and battle for possession of the puck once the referee drops it.

Neutral Zone: The middle of the ice that is between the blue lines. 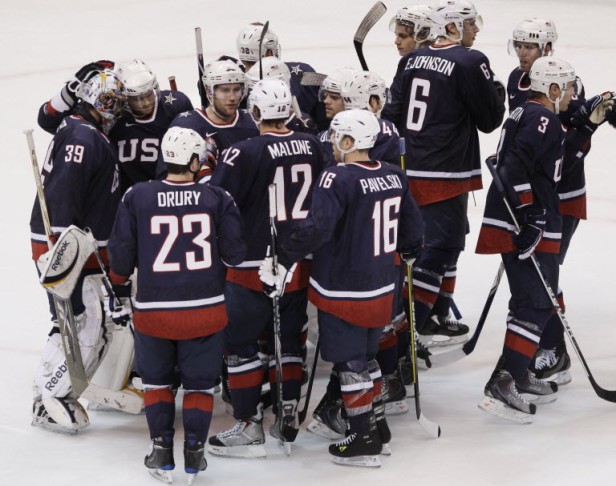 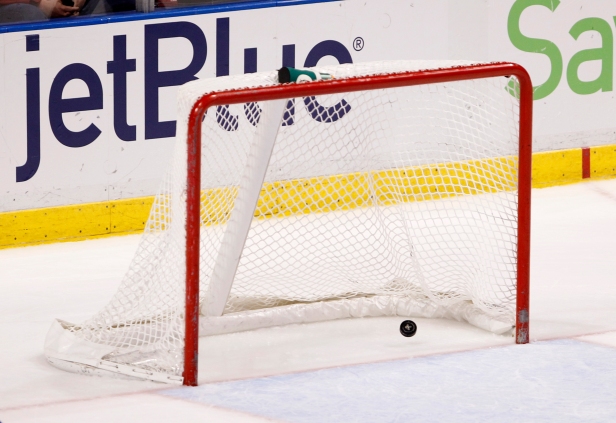 Assist: A player passing the hockey puck that leads to one of their teammates scoring a goal.  There can be a primary and secondary assist.  An assist can also be called an “apple”.

Goal: When the puck entirely passes by the red goal line between the two goal posts into the net.

Hat Trick: When a player scores three goals in a game.

Penalty Shot: Will only be awarded when a player on a breakaway is unable to score due to a violation by a player on the opposing team.  A penalty shot allows said player an attempt to score without opposition and just the  goaltender defending.

Faceoff: The beginning of a hockey play.  Two forwards (normally centers) meet at the faceoff circle and battle for possession of the puck as a referee drops it between them.

Icing: When a player shoots the puck across both the red line and the opposing team’s goal line without the puck going in the net.  You will notice this more frequently towards the end of the game when a team is trying to even the score to force overtime.

Overtime: If at the end of 60 minutes the game is still tied it will go into overtime.  This consists of 5 minutes of 3 v. 3 hockey until a goal is scored by either team.  Sometimes overtime (OT) only requires 30 seconds instead of the full 5 minutes.

Penalty Kill: When a player has been called for a violation and goes into the penalty box his team will put 4 players on the ice with the goaltender to defend for the entire length of the penalty.

Power Play: This happens when a player on the opposing team gets called for a penalty and that player goes to the penalty box.  The other team has more players on the ice and a chance to score a goal (can either be 2 or 5 minutes).

Shootout: If at the conclusion of overtime no goal has been scored then there is a shootout.  Three players from each team alternate taking penalty shots against the opposing goaltender until a winner is announced.

Boarding: a penalty that will be called if a player violently hits an opposing player into the boards by either pushing, tripping or checking him.  Depending on the severity it can be considered a major penalty and result in a five minute power play for the opposing team.  The most severe hits can be deemed as a game misconduct which would lead to the violating player being kicked out of the game.

Cross Check: A penalty that will be called if a player hits an opponent using the shaft of his stick with both hands.  It is most likely a minor penalty.

Delay of Game: There are eight different circumstances that would be considered “Delay of Game”.

– a player or goaltender intentionally shoots the puck out of playing area.

– a defensive player in the defensive zone shoots the puck over the glass.

– a goalie or player intentionally keeps the puck behind the net for more than a minute.

– a goalie freezes the puck instead of passing it to a teammate if there is no pressure on him to stop play.

– any player (except the goalie) who uses their hands to make the puck unplayable.

– fans throwing items onto the ice.

High Sticking: Occurs when a player strikes another player above their shoulder.

Hooking: When a player uses their stick in a manner that enables a player or goaltender to restrain an opponent.  It’s considered a minor penalty.

This is definitely not everything but there is enough to get you through a 60 minute game with some kind of basic understanding.  When the NHL season starts up again (fingers crossed) you’ll be ready.

About the Author: admin